Science has always been a field of study that was always considered inaccessible, and it makes sense: some fields of scientific study, like robotics or AI or even Chemistry, can require a lot of resources. With our educational system the way that it is now, too many young and eager students lose out on a great scientific education because they don’t have the means to access it.

It makes sense then for some people to ironically relegate scientific study into the realm of the arcane, something only the few, the gifted, and the privileged can ever understand. But with the advent of technology that has made information easier and faster to access, the barriers that used to block people from learning have gone down.

Armed with this new technology, scientists, researchers, and educators are all trying to find ways to demystify scientific study and to make science itself more accessible to all. Even government bodies are getting involved; despite the slowdown in funding in the past couple of years, our nation spent around $70 Billion on education, with a majority of that geared towards Science, Technology, Engineering, Mathematics, or STEM, education. However, even with this funding, many science and education projects are still headed by a few individuals, with institutional support leaning more towards advancing research rather than education.

So it begs the question: what can scientists and educators do to bring science to the masses, demystify this field of study, and get more people involved in STEM education? 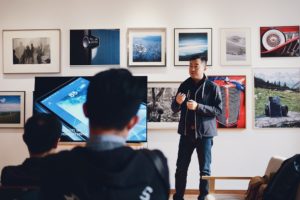 The most common approach most research foundations and universities take to educate young people in science is through workshops, school talks, and conferences. While this can get the message across, there are many other ways for education institutions to spread the message in an efficient and modern way. Consider also that some researchers or presenters might not be well-suited for public speaking, so releasing key notes through publications like school newspapers or magazines can be a great way to get the word out.

Science blogging is a relatively new format of talking about scientific progress and research on the internet. Whereas scientific articles can be long, highly technical, and daunting for the non-expert, blog posts can be more casual, engaging, and more accessible to the general audience. However, it’s understandable for some researchers to transition to the latter’s format: after all, most scientists are used to lengthy, extremely comprehensive, and highly scientific language. But the point of a blog is not exactly to condense, say, an entire paper on the Radial Velocities in the Zodiacal Dust Cloud into 1 or 2 thousand words. Instead, it’s designed to get people interested in the idea of it by explaining the basics and inspiring readers to do further research on their own. There are many science blogs online that do this already, and they’re almost always looking for contributors to add to their growing database. With the right agreement, those blogs can also be used as resources to distribute to primary and high schools.

Blogs have the added benefit of being able to host various dynamic, interactive, and visual content to further illustrate scientific ideas. Blog articles can be complemented by infographics, audio recordings of lectures, video content, and many more. On YouTube, there are plenty of channels that host hours upon hours of science videos that breakdown theoretical concepts into their basic ideas, giving students an opportunity to find an interesting subject they might otherwise avoid because it was too ‘scary’ or ‘daunting’. These, too, can be used in classroom discussions and can be seen as a valuable resource by students doing their research for a paper.

When writing a science blog or shooting a science video, make sure you know the demographic that you’re targeting so you can make material that is age and grade appropriate. This is a sure-fire way to get younger people interested in STEM studies and help them comprehend technical theories at an early age.

Make it on Social Media 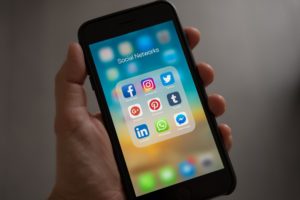 Despite the negative press that social media receives, it’s actually a really effective, not to mention efficient, way to get people interested in science. On social media, researchers are accorded a great amount of creative freedom, flexibility, and occasions to start debates, discussions, and dialogues with all kinds of people from all around the world. While older generations deride social media as just another distraction, if used correctly, it can be a great vehicle for the dissemination of scientific knowledge and concepts.

The stigma against social media persists, unfortunately, with many researchers refusing to do social media because of its perceived unprofessionalism. In fact, many scientists believe that not a lot of people on social media would be interested in their field. However, research shows that more and more people on various social media platforms are showing interest in STEM topics and would very much like to read more resources on it. The thing that older generations must realize about social media is that it’s not just a way for millennials to follow their favourite celebrities online, it’s also a way for people to connect to one another, which means that social media has a very vast and diverse audience that researchers can tap into. This allows scientists and research to reach not just young students, but journalists, other scientists, teachers, other researchers, and even casual readers.

In my opinion, communication is a crucial skill that all scientists must learn. The gifts of science belong to all, and it should be made accessible to all. Scientific breakthroughs should be propagated not just for academic kudos, but to enrich and advance society as a whole. Thus, it’s imperative that scientific concepts and theories are made accessible to people so that they, too, can be part of the process of advancement.

It’s not enough for researchers to hide behind the sterile walls of the laboratory or the ivory towers of academe; researchers must constantly engage fellow scientists, science enthusiasts, and most importantly, students of all levels.