Milling has been a long-established method of production that’s brought plenty of our products to light. Especially useful in industrial settings, milling machines have been an essential part of our production mechanisms for well over a century.

The majority of milling done today is still mechanical, which can work for a variety of purposes and products. However, one problem that milling often faces is the speed and the precision required to create the product’s specifications perfectly—a problem that seemed inherent to the industry until the technology could catch up.

Well, technology has started to catch up in the form of laser milling: a newer and better way to work with material in a faster, more reliable, and less risky environment.

What exactly is milling?

In the broadest sense, milling is a process that removes excess or unwanted material from a block or workplace. It involves the use of a cutting tool that is somewhat similar to engraving machine, but instead of the material being worked on, the material is the one that moves towards the cutting mechanism—in this case, a rotary cutter.

So, what needs to be improved?

Of course, this axis limitation runs into a few problems. For particularly delicate or demanding milling jobs, only having one axis of movement was severely debilitating the type of cutting the rotary machine can do. This became a major issue when market demand started outstripping the production’s ability to supply, and so a more efficient way of milling was required.

Further innovations in the tools and equipment made rotation along two axes, making production and cutting easier. Further down the line, CNC or computer numerical control cutting made the process more precise by automating it.

Where do lasers play a role? 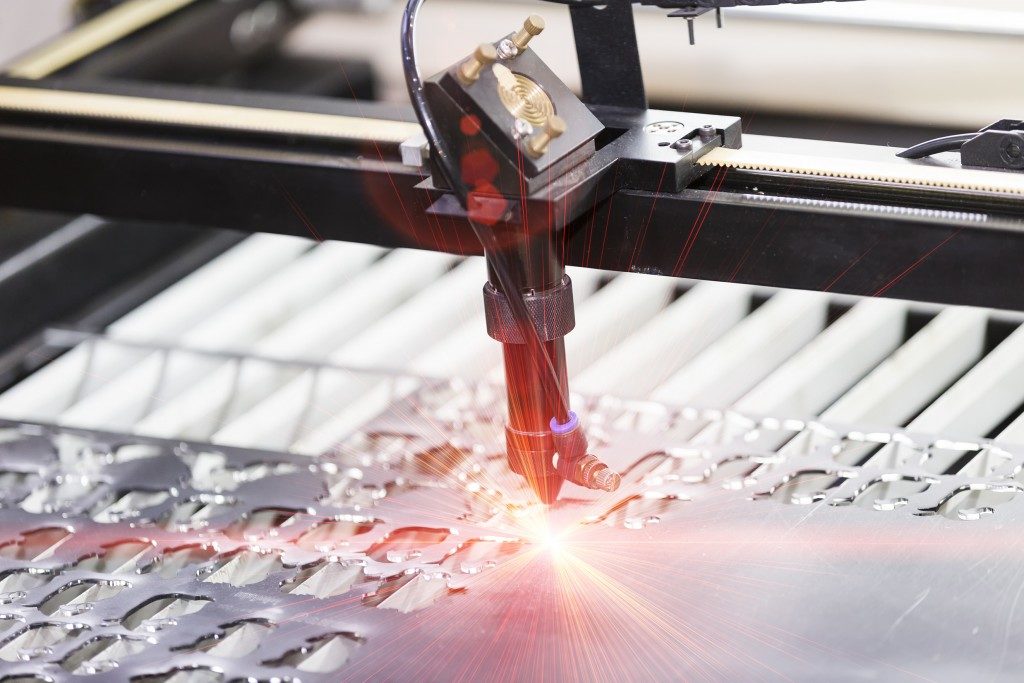 One of the hallmarks of milling is the circular indentations left behind by the rotary roller—and it’s this process of cutting that laser work can considerably surpass. Since the method used is still mechanical and physical in nature, milling can often have undesirable effects on the material being worked on. Heat generated from friction is often a very important consideration to normal milling methods and limits production by the strength of the material and the coolant.

However, laser milling makes precise, coordinated cuts to degrees that mechanical milling can’t replicate. In addition, since the laser (either the type used on CO2 laser engraving or cutting) contains very little heat, there’s no risk of the material warping or deforming. This makes working with materials such as metals or other alloys extremely easy.